How Life Took Me From The Gold Coast to Sydney

It's been over a month since my last update...pathetic on my part, but my god has my life suddenly jumped into the fast lane.


For all of September my life consisted of working at night, working in the morning, partying and sunbathing all day, and then repeating it all over again.

I set up my first AU bank account and within the first month saved almost 1,500 Aussie dollars. I was making great progress.

And not only that, but after just a few weeks at the hostel, I had fallen head over heels for a very crazy, handsome, funny guy from England named Luis. He and I instantly hit it off and before we knew it...we made our relationship official on Facebook. It had been almost two and a half years since I had been in an official relationship with anyone and it felt good to get back in that rhythm after so long. When you live at a hostel, share the same room, and work with that person...it made our relationship seem more serious than it was. It was like we were literally living with each other and for the first month everything went extremely well.

But in the second week of October, I got fired from my job changing beds at the hostel because my night job was making me too tired to work in the mornings. But then that next night, I quit my night job at the club because the owner was doing some shady business and I didn't feel comfortable working their anymore. So within 24 hours I found myself out of both my jobs and without any idea of what I was going to do next.

I was a swim coach back in Tennessee in the summer of 2011 and one of the families I had met were now living in Sydney and needed a nanny to take care of their 12 year old while they went to Thailand for a week and a half. So, they offered to fly me down to Sydney on October 17th. I happily accepted the offer and spent the next week and a half having a blast with my friends in the hostel, partying hard, making memories, and enjoying the time with my new-found boyfriend, Luis. 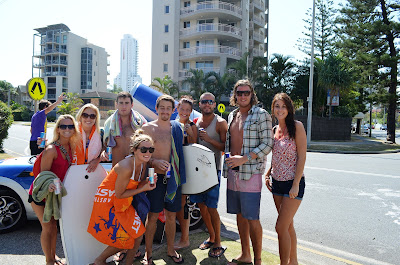 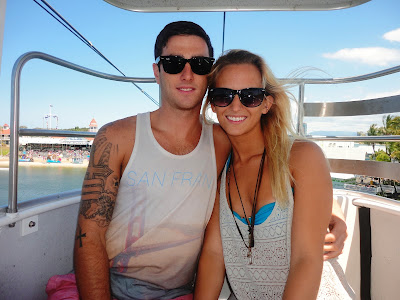 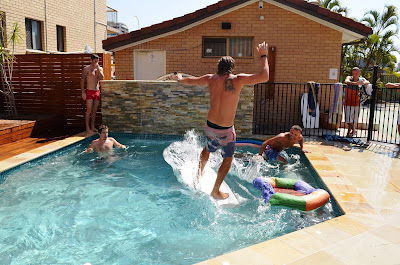 But all good things always come to an end...

And the day before I was scheduled to leave for Sydney, I realized that I probably wasn't going to come back. The Smith family had provided me with a roundtrip ticket, but other than Luis...I had nothing to come back to in the Gold Coast. No place to live or to work and that's when Luis and I began to realize that our little fantasy, whirlwind relationship, probably wasn't going to make it. He was a backpacker just like me, who had left his country because of a heartbreak, just like me. And even though we connected and had an amazing time together...the reality of our situations was very clear. And neither of us were willing to give up our dreams to make a compromise.

I had a great last day with everyone and Luis took me to Seaworld before I packed my bags and left around 6 in the morning on October 17th for the airport.

Even though I was absolutely heartbroken having to leave my home for the last month and a half, it was very exciting to travel again.

Just me and my backpack :]