Why HOSTELS Are the Key to Successful Travelling

I have said it time and time again to friends and family since my first travels through Asia and Oceania, and I will adamantly repeat it on here a million more times if necessary...HOSTELS ARE THE MOST INTEGRAL PART TO SUCCESSFUL SOLO TRAVELLING.

Now, I know what you Americans are thinking. "Hostels?? Like that horror movie where everyone gets tortured to death?"...or..."Hostels?? Aren't they disgusting and full of sex and drugs?"

Now, Americans, stop it. Right now, wipe all of those preconceived notions out of your head. Hostels are the best thing since sliced bread when it comes to travelling, especially with solo travelling. These are all my own personal opinions, of course, and you don't have to agree with me...but at least hear me out and give me a chance to explain myself.

I landed in Bali, Indonesia around 10 in the morning absolutely exhausted from barely sleeping during my 30+ hours of travelling to get there. I made my way to my hostel that I had found and booked online (at hostelworld.com) and quickly checked in. But I couldn't actually have my bed until after one o'clock which meant that I had a lot of exploring to do to keep me preoccupied. But seriously, check this place out... 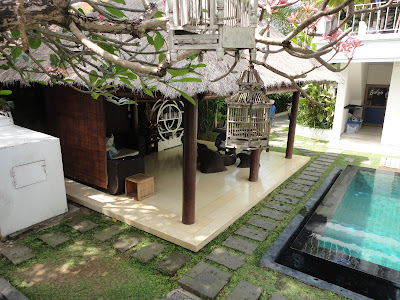 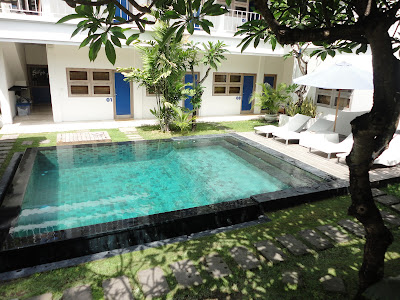 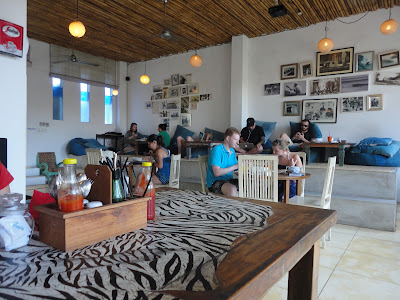 Not bad for around $25.00 a night, aye? Now here's the general set-up with most hostels:

-They offer dorm room-type sleeping for the cheapest prices (Between $15 and $30 usually. Mine was a tad bit expensive). Sometimes female only dorms are offered but cost more than mixed dorms.
-They also have private rooms that sometimes have their own bathrooms, but they cost way more.
-Bathrooms are always communal and only sometimes split up by sex. That's showers, sinks, and toilets. This one in Bali was for both boys and girls.
-Some hostels offer free breakfast and some don't, and the free breakfast at this place was the best I've ever had by far.

So there are extreme differences between hostels and hotels, but the reason hostels are so amazing, in my opinion, is the fact that they are abundant with other solo travelers. Especially when you stay in the dorms. 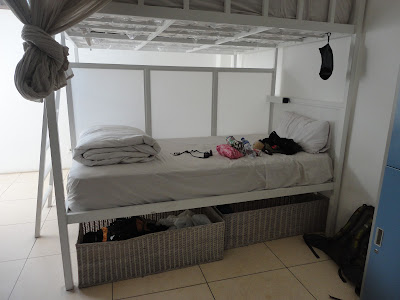 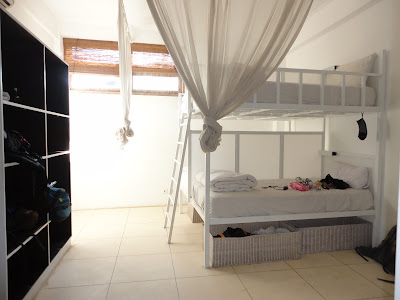 These dorms at The Island Hotel in Bali were beyond fantastic, with 12 beds per mixed dorm, but each with their own reading light and slightly-private dividers. Definitely my favorite hostel (in terms of privacy and cleanliness) as of yet.

And low and behold, as I was unpacking the remnants of my backpack into my drawers beneath my bed, the wonder of hostels quickly showed itself when two girls walked into the room and instantly struck up a conversation with me.

Judith, a beautiful woman from the Netherlands, and Stacey, a lively woman from New York (but living and working in China during the summers) instantly befriended me. Within a few minutes of talking, they invited me down to the beach with them to hopefully meet up with some of the other guys from the dorm who had gone surfing for the day.

I was beyond physically and mentally exhausted from all the traveling, but I knew that I couldn't pass up on an opportunity like this. Especially an opportunity to meet new people. Not to bash my amazing hosts in Hawaii, but meeting new people from other countries is the reason I travel, and I couldn't pass up meeting and hanging out with two amazing girls like this! (Plus, you so rarely encounter other female travelers that you  can't really take the opportunity for granted. Hostels and world solo traveling are definitely more of a guy thing on average.)

As we walked to the beach I realized that the two of them had just met in the dorm the day before...and this is the magic of hostels. Those who travel alone are never truly alone when they go out of their way to stay in hostel dorms like this. It's like an instant sort of bond between people...but I'll explain more of that later.

I'm glad I went to the beach with the girls that afternoon because I quickly learned the art of negotiation with the locals in Bali. If I wanted a beach chair and umbrella, I could get one very cheap, but it's always best to haggle down the price. We ended up getting a lounge chair each for around $2.50. Crazy, right? Back home if they offer it it's for like 20 or 30 dollars! So I enjoyed my time and we all talked and napped before heading back to the hostel a few hours later.

When I went back to the dorm to finally snuggle in bed to call it a super early night, I met the two other guys from the room we were supposed to meet up with on the beach but never did: Pat from Canada and Ben from Switzerland, both 25 and both solo travelers until they met in the dorms a few days earlier.

The four of them were going out later that night, but I knew my physical limit and had to graciously decline. Tomorrow night, I told them. And they told me they'd take my word on it.

Now this is just a slight example of the wonder of hostels, but it's a good introduction for what is to come in my next few blogs. Because the people I met in this hostel...we all became tighter than a family within just a few days. But you'll hear more about that soon...