Monkeys in Indonesia...They Own the Place!

So, aside from the occasional zoo, I have never seen monkeys in a "real-life" atmosphere. I.e. I've never seen monkeys not in a cage before. You always see on movies set in Asian countries monkeys running all around, but I hadn't seen a single monkey in Bali until I went down to the very tip of the island to the Uluwatu Temple. 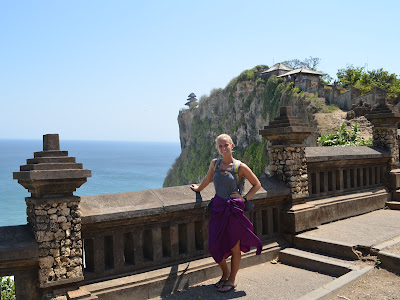 I went alone, and all around the entrance to the temple are signs warning you about the monkeys. And people offer to walk around the temple with you to guard you from the monkeys...for a fee, of course. I figured, hey, the monkeys can't be that bad! I stashed my sunglasses and necklaces in my backpack. Checked to make sure all my zippers were secure and hidden, and then headed into the temple with my camera in hand. And this is what I found... 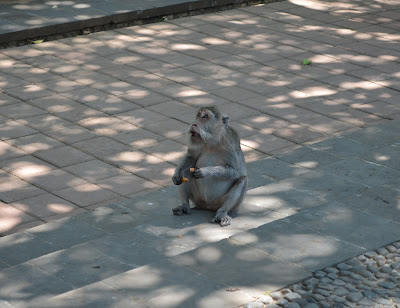 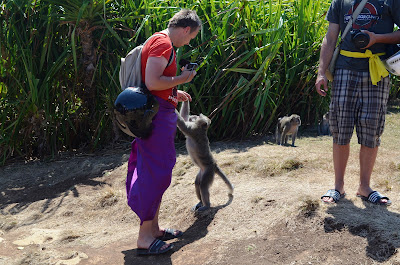 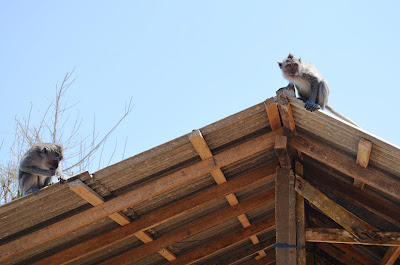 I had a monkey come very close to attacking me at the very beginning. He was being groomed by some other monkeys and didn't like how close I was getting with my camera I guess. He ran at me, barring his teeth, and started yanking at my sarong (which you're required to wear to enter the temples). I held tight onto it and stared him straight in the eye, keeping my face and voice as calm as possible as I said, "No." After a few seconds of tense stand off, he lost interest and went back to the other monkeys. I ran like hell out of that area only to stumble across an annoying group of French 20-something-year-olds who were messing with a large family of monkeys. Then, in the middle of all of it, the alpha male reached into the pockets of one of the guys and stole his wallet!! 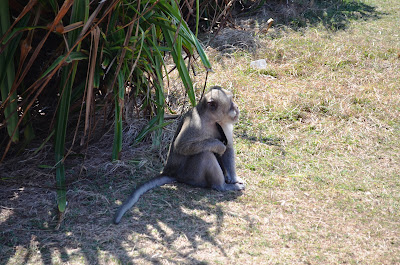 Smart monkey!! The French group, panicking, kept trying to entice the monkey to let go of the wallet by throwing food at him, but the monkey just ate the food with one hand and kept the wallet in the other. Then, as the French people started to get angry, the alpha male walked over to one of the other monkeys...AND STARTED HUMPING HER WITH THE WALLET IN HAND!! Oh my gosh, it was probably the greatest thing I saw all day! The French people were freaking out, but the rest of the group of people that had watched were laughing their heads off. Serves those dumb French people right.


Main Lesson: DON'T MESS WITH THE MONKEYS...or they'll sure as hell mess with you.


After I left them to keep perusing around the temple, I stumbled across the most adorable thing of all time. A group of juvenile monkeys were playing in a small pool of water...and it was so hilarious that I had to take a video of it!


A few days later I headed up to the middle of Bali to a town called Ubud. In Ubud is the very famous Monkey Forest where hundreds (if not thousands) of monkeys run free. It's obviously become quite a big tourist attraction and I was hesitant to go in at first...but I'm glad I did. Because I was able to snag these amazing photographs and memories... 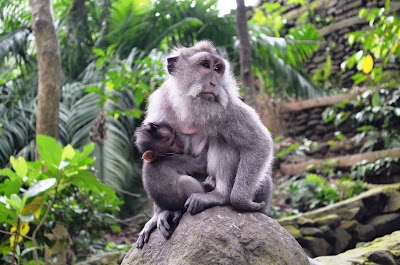 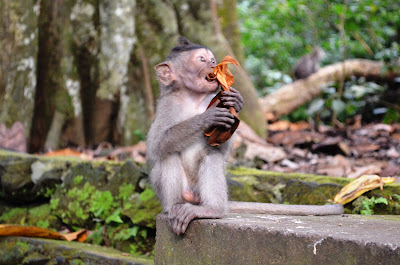 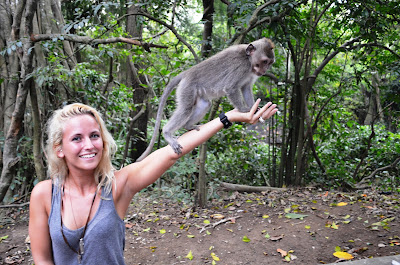 So what I learned through all of these monkey encounters...they're not as cute as they look behind the cages. They are seriously intelligent, cunning, devious, and slightly-dangerous animals and should be treated as such. My word of advice if you ever find yourself around wild ones: Enjoy them, but never EVER underestimate what they're capable of.

Afterall, they are our distant relatives, right?